Journey through the fascinations of wine at Fish Road Iblea 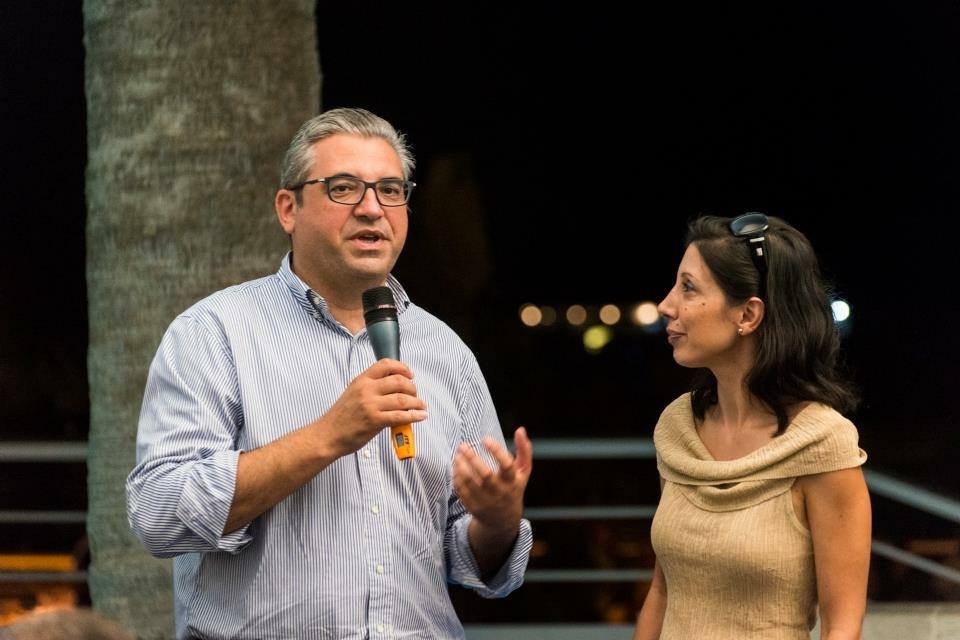 A feast for young and old, lit by the glimmer of dancing fountains, enlivened by the music and successes of Marina Rei, and seasoned with exquisite local Ragusa delicacies.

Sold out yesterday evening, the two-day Fish Road Iblea has gone down in history. This is the first stage of a project conceived and organised by GAC Ibleo (Coastal Action Group) under the auspices of Slow Food Sicily and funded by the European Fisheries Fund, that will make its way along the province’s coastline until 3rd October.

After Saturday night’s success, yesterday morning Carmelo Mallorca, Vice President of Slow Food, and biologist Lina Lauria, along with local restaurateurs Pasquale Ferrara, Gianni Caruso and Giovanni Fichera, expounded on the salient features of fish caught in this area and the thousand ways to cook them so as to get the best of their qualities and the greatest health benefits. Also in the limelight, beer from master brewer Luca Modica, local entrepreneur and owner of the Tarì brewery.

In the afternoon, the debate on sustainable fishing was followed by a concluding round table with MEP and Vice-President of the intergroup “Seas, rivers, islands and coastal areas” Michela Giuffrida as speaker. She spoke in detail of the opportunities offered by the latest round of EU funding in the hope that young Sicilians would soon be able to stop packing their bags, except for the pleasures of a holiday. With her were the president of GAC Ibleo, Giuseppe Nicosia, Councillor for Economic Development, Lisa Pisani, president of the tourism sector Cultura del Mare (Sea Culture), Fabio Nicosia, and architect Domenico Targia, director of fisheries of the Region of Sicily, who clarified the importance of restoring the generational chain in the fishing sector, explaining how important it is for the future of our region that the older generation of fishermen with their deep-rooted traditions and extensive knowledge of the sea pass their skills down to their children, who can look to the future and combine that tradition with forward planning, support from European grants and the opportunities offered by the technology industry. “Sicily is not a disadvantaged region,” he reaffirmed “but a region with a greater wealth of resources than others, but which we must learn how to manage, promote and love”.

Finally, we mention ONAV‘s olfactory and sensory courses, where the many people attending enjoyed a brief lesson in wine tasting with Massimo Maggio, President of the Cerasuolo consortium, and Salvatore Minardi of ONAV Ragusa; and the making of fish focaccia by the association Liberty. As always, everything was captured on Alice TV‘s cameras (channel 221 on digital terrestrial) that with Erica Tuccino and chefs Alessandro Circiello and Francesco Cassarino will bring pictures and a taste of a splendid late August Scoglitti to the whole of Italy.

The grand finale, as mentioned before, was entrusted to singer and drummer Marina Rei, the voice behind hits such as “Al di là di questi anni”, with which she made her debut at the San Remo festival, “T’innamorerò”, and the legendary “Primavera”, a very soft version of which she last night gave to the thousands of fans who flocked to Piazza Sorelle Arduino to hear her perform live.

“To those who complain that it is impossible to attract funding and offer the city something beautiful and alternative – said the Mayor of Vittoria, Giuseppe Nicosia – I think we have responded with numbers. People came in their thousands, young and not-so-young, and families with children, and filled our village over this last weekend in August, which ended a summer marked by a vast programme of events and an extraordinary opening concert by maestro Franco Battiato. But we aren’t just talking about attendance numbers. We are also talking about the local restaurateurs and residents involved in the initiative, who participated with enthusiasm and who fearlessly put themselves on the line with confidence in their abilities, and the hotels and other accommodations, full to bursting, a sign that we fulfilled our goal of “extending” the summer so that we can now turn swiftly to unwinding the season. Therefore, as President of GAC Ibleo, I invite everyone to the next stages of Fish Road”.

In fact, now the Scoglitti stage is over, the organisational machine is gearing up again for its next appointment at Punta Secca on Sunday 6th September.